I am a 24-year-old female self-taught artist born in Massachusetts. I spent a few months in Germany and now currently live in New Hampshire with a cat and a lizard.

I've grown up grateful for very generous, kind, and loving parents. I have done well in school most of my life, but my true passion lies in exploring fantasy worlds through all sorts of artwork - writing, traditional, digital, even animation and 3D.

I started drawing since before I can even remember, doodling dinosaurs and other prehistoric beings. I still have a love for dinosaurs - who doesn't? - though my fixation and fascination has swapped over to dragons ever since the 2004 docufiction Dragons: A Fantasy Made Real. Since then, my love has been for fantasy.

I have spent many years coming up with my own creative works based on fantasy worlds featuring dragons and other beasts. In my early years, I came up with various species of dragons and made up dragon historical figures placed in a world only I knew. When I was in third grade, I wrote a small book called Scar: The Last Fire Dragon, totalling about 80 pages. It is still posted on my deviantART page, but be warned, it was written by an 8-year-old!

I moved from traditional artwork to digital artwork in around 2009, when I discovered Paint on my parents' old Windows XP PC, and the wider internet. I joined website communities that shared my interest in dragons at the young age of 10 years old. From there, I learned, made tons of mistakes, and grew.

I started with DragonAdopters, where I gained my first experiences as an artist online. My oldest followers may remember my goofy Paint artwork that I used to do by request in "FD97's Art Shop".

From DragonAdopters, I found deviantART, and from Google, I found Istaria. The game Istaria: Chronicles of the Gifted played a large part in sparking my creativity in my younger years. I happened to join the role-playing server, in which I was challenged to keep up with the storytelling and character building of those twice my age or even older. From this old niche game, I met many of my closest friends I still love today.

In 2014, I began my comic Breakthrough, following the adventures of the two dragons trying to conquer their dystopian underground society filled with classism and racism. In 2016, I began my worldbulding project with a friend known as Threa, which currently goes through rewrites and updates to this day. You can read about both on my projects page.

Tools of the Trade

I'm a simple person and don't like change, so since around 2013, I've been using Paint Tool SAI v1 and, later, Photoshop CS6. I'm trying to learn other programs, but old habits die hard.

I use a Wacom Intuos Pro PPTH660 tablet, which I only got very recently after my previous tablet I used since 2014 died after a 7-year-run. Traditionally, I enjoy ring-bound small sketchbooks and mechanical pencils, size 0.5 lead. I rarely color traditionally, but when I do, I prefer colored pencils over other media.

I can't mention my pets and not show them, so here they are.

I have a cat named Juniper who has a neurological issue that causes seizures. Thankfully, her issues are under control and she's a happy young cat and a loved part of my family. She was born in November of 2017 and we adopted her in March of 2018.

My lizard, named Doodle, is a halmahmera blue tongue skink. He hatched in May, 2017 and I brought him home shortly after. He had a rough start, but he's grown into a strong and healthy boy. 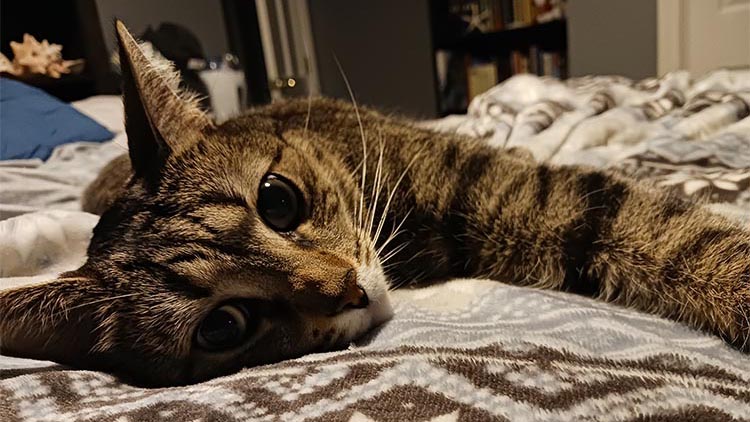 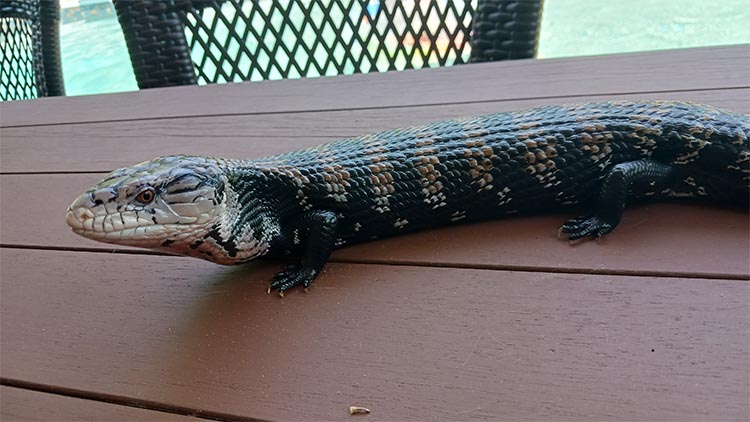